I know, a part three? Really? The more I thought about it, the more I realized that not only did I want to talk about the quantum underbelly of the omniverse, but that I was feeling impelled to do so, so here goes.

The one thing that nobody wants to work with, or realize is the duality inherent in all things, the principle of equal and opposite reaction and how that works with the law of attraction. One way that works for me is that if I can see/know/conceptualize a great goodness, there is by point of fact and experience an equal and opposite darkness. It’s just the way this universe works. That is not to say that if you do great good you are going to get smacked with great bad… You will always have a choice.

But when you begin to realize the power and mystical fun inherent in these things, be very, very, careful about messing with them without thinking it through to the consequences. Because it is so very easy to come across things that would love to have you for lunch, without so much as a howdy doo…

The following interview between Alfred Webre and Eve Lorgen illustrates this with clarity. She and a number of other researchers have been knocking about blindfolded in this field for long enough to begin to see it from its pointy sharp edges.

This informative interview goes into not only the black-meta-technology used by the MIC, and MILabs and alien metadimensional tech but also the older more organic tech that has been around on this planet forever used by some indigenous nonhuman life forms.

We are born with the equipment in place to use this tech also, and we haven’t the foggiest notion of what we are doing and its getting a lot of us in hot water. 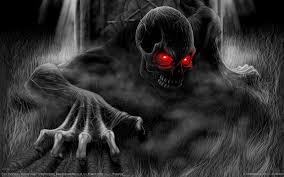 Then, there is this interview that Alfred Webre did with Simon Parks in October of this year that is another view point on this technology of the mind and the omniverse that puts it yet in another perspective. I encourage you to also give this a listen.

I remember listening to Kerry’s interview with the guy who fought in the Mars Mantid-Reptilian wars a couple of years ago, and thinking how insane it sounded… It doesn’t sound that way to me anymore. Because of the inexhaustible research and writing of people like Whitley Strieber, Carla Turner, Bud Hopkins, Dr. John Mack, Dolores Cannon, Kathleen Marden, we now have a body of evidence that is bringing some of this material into the light of what looks like a pattern. When you add that to the research on conspiracy and the illuminati and the cabals and the ancient thing….

My point is there is not ONE THING that you can afford to ignore, or be irresponsible with if you are walking around even the teensiest bit awake. If you turn your attention to a thing, it will take notice. And as things speed up, heat up and the energies begin make separation between states of being sort of meaningless, we ought to care about just what we are messing around with. So as it turns out, this is my post Halloween-Portal-Red-Alert…. As it were.

p.s. I will confess a new awareness, this has only happened twice, but so much I got one of those shock reactions where the hair stands up on the back of your neck. Twice, I have been watching an interview and would have bet my last buck that the interviewer was aware of me. It’s that momentary flash of awareness you get when someone looks you straight in the eye. It freaked me out. That’s NOT supposed to happen. It would mean a whole bunch of space time stuff went screwy for a few seconds… or, maybe I did. Anybody else have anything like this occurring to them lately?