Guys, guys, guys, they all know. We know. Everybody (wink wink) knows. They just won’t say it #f2B

the action of declaring something to be untrue. “she shook her head in denial”

the refusal of something requested or desired. “the denial of insurance to people with certain medical conditions”

a statement that something is not true. plural noun: denials “official denials”

Denial is a characteristic distortion in thinking experienced by people with alcoholism (read: who LIE). For decades, people who treat liars, and recovering liars themselves, have puzzled over why liars continue to lie when the link between lying and the losses they suffer is so clear. Denial is an integral part of the disease of lying and a major obstacle to recovery. Although the term “denial” is not specifically used in the wording of the diagnostic criteria, it underlies the primary symptom described as lying despite adverse consequences. (I have substituted the word Lie/Liar/lying in place of the words alcohol/alcoholic /alcoholism)

Enabling behavior can take many different forms, but it all has the effect of shielding the alcoholic/addict/LIAR from the consequences of their own actions.  Enabling behavior encourages lying because the liar knows that – no matter how much they screw up – someone will be there to rescue them from their mistakes. As long as an alcoholic/addict/liar has enablers in place, they’ll be able to deny that they have a problem, because they never suffer consequences from their irresponsible, reckless actions.

Being the gov’t they have even coined a spin term for their reprehensible behavior: Truth Embargo. Which is a manipulation tactic used by addicts to convince the people around them that they are the crazy ones, not the liar.

the truth : the real facts about something : the things that are true

: the quality or state of being true

: a statement or idea that is true or accepted as true

My point about all this is that after last night It became clear that the people who are keeping this information from us are very similar to alcoholics. They hide, cover up and otherwise misinform us in the same complex patterns that addict employs to hide their drinking. Not only that, we have, some of us like the sheeple of the world become enablers, allowing them to hide their drug of choice under the kitchen sink, or under the car seat, or in the back of the cabinet in the bathroom. We know it is there, but don’t know what to do to make the user admit to it, and realizing that in so doing, so much will change that we are not sure that we really, really want it to.

What will eventually happen because of the years of abuse and entrenchment in this pattern of behavior is that, like all addicts, things will have to crash. The addict will have to hit bottom, and unfortunately it might, probably will, take us with them. We are as heavily involved in the addictive process as they are.

Either that or we are as a nation going to have to have an intervention for our gov’t. But until then, it is like the proverbial 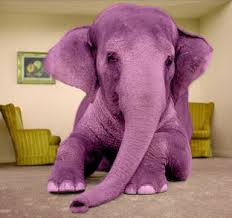 pink elephant (think alien) sitting in the living room, that nobody wants to acknowledge is there. HOWEVER those of you who do know and are trying our darndest to wake up others, have a tremendous ally in people like James Fox who has wrapped up all the pertinent information in wonderful packages like ‘I know what I saw’ now on UFOTV. ( https://www.youtube.com/watch?v=tGMGOdKOPKk ) and people like Kerry Cassidy who do the down and dirty work ferreting out facts from rabbit holes so deep that even the staunchest person can get the willies, and Jimmy Church who informs us and lays out the puzzle pieces on the card table, just waiting to go together. Then there are us, the Fader Minions. Working in our everyday worlds to inform and enlighten those around us.

If we can wake more of the general populace up, if we can educate them, then there just might be a chance for that intervention before it’s too late….I hope