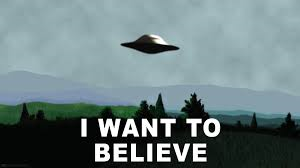 It seems that we are being asked to choose. Several times I have started to write this article over the last month and every time I have stopped, gotten bogged down. There are so many things that we now know for a fact about ourselves, and they span the spectrum from very bad to very good. I have even questioned whether the entire ball of wax is a psy-ops.

When every scenario over the last 60 years was gone over in the first 5 minutes on the much awaited X-Files sequel – and you must remember WHAT network ran it (fox), I had to stop and think, Waitaminit! OK either we are that far behind the game for this to come out on prime time network TV or, we have willingly been lead to this point. And here I thought I had actually been peeking outside that damned quantum box.

And, much to my chagrin, that question was even asked on the show as part of the plot. Who did I think I was fooling? So, it looks like I’ve been spoon fed all the right stuff to come up with exactly the thoughts they wanted me to have. GRRRRRRR Yes, I know they like to tell us what they are going to do with us by using the media like they did last night – but cremini! I have bought it hook line and sinker. Shame on me!

That makes the next obvious question, where have I missed the boat? What am I not seeing – what’s the real, real? Lol Because its turned into, The Bullshit Is Out There… I heard an interesting thing about the word ‘belief’ yesterday; in every belief there is the lie. be-Lie-f uh huh. So kick my butt and open my eyes. I have tried to believe nothing and yet keep my eyes open to it all. I have the damned round file where all the info goes and waits for a triple hook-up. I have had my own personal experiences and I still got caught in the lovely lie.

Either way, am I going to watch the next 6 weeks of this? Of course! After all, it’s just TV, right?