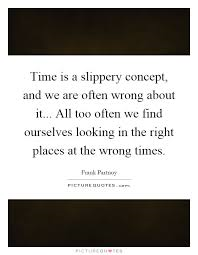 Where ever you look. The cycles of time measured on earth have always been in units of 12.

The antediluvian (preflood) reigns were measured in Sumerian numerical units known as sars (units of 3,600), ners (units of 600), and sosses (units of 60).[18] From <https://en.wikipedia.org/wiki/Sumerian_King_List>

The zodiac measures processional time of our solar around the our galaxy and the equinoxes and since this all happens in a spiral, we sort of know where we are in relation to the rest of our local galaxy because we come back around about every 25,000 years.

There have always been 12 signs. I know the information about Ophiuchus (recently discussed in the 20th century as new) being the 13th sign means that it should be in the ring with the other 12. However I think it the 13th sign place is in the center of the ring – and that it indicated the current ruling personality on this planet with in one group of migrated peoples from off planet.

Ophiuchus and some of the fixed stars in it were sometimes used by some astrologers in antiquity as extra-zodiacal indicators (i.e. astrologically significant celestial phenomena lying outside of the 12-sign zodiac proper). The constellation is described in the astrological poem of Marcus Manilius: the Astronomica, which is dated to around 10 AD. The poem describes how:

Ophiuchus holds apart the serpent which with its mighty spirals and twisted body encircles his own, so that he may untie its knots and back that winds in loops. But, bending its supple neck, the serpent looks back and returns: and the other’s hands slide over the loosened coils. The struggle will last forever, since they wage it on level terms with equal powers”.[2] From <https://en.wikipedia.org/wiki/Ophiuchus_(astrology)>

Because here’s why. I wondered why the zodiac was so ancient that it’s antediluvial importance was great, and then around the founding of Rome in 753 BC (by twin brothers Romulus and Remus) it began to lose importance and became shielded by religious and spiritual practice. I think the symbol of the zodiac was used to mark the time of ruler ship on this planet by the last overt invasion force (all the rest have been covert – hidden), the Annunaki. They had a counsel of twelve that met every 25,000 or so years – one zodiac round and decided who’s term was next. IMO, The center was reserved for Anu their ruler, and the 12 positions around the circle were for the 12 who were ‘given’ this planet to rule. In Christian doctrine this would be God in the center, and the Seraphim around the 12 spots and their army, the Cherubim (who are not the cuddly little baby angels everyone thinks they are – but full blown soldiers) were their minions. The Cherubim were also the ones that rebelled against all the ‘hard work’ that had to be done mining the gold they needed. That rebellion is what supposedly got the rest of us to where we are today – a created race, a race that was bred to love and adore higher authority (gods with a little g) was bred to be subservient and work hard, and follow orders.

The idea that these Annunaki rulers that were either left here or decided to stay here are STILL here and still functioning as those same personages, that they have ‘avatars’ they can operate through, that they can go into stasis for as long as they need to, and that they can and do maintain an energetic presence in the consciousness of the dwellers on this planet, gave me pause. 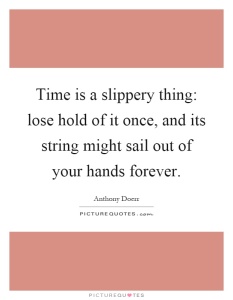 It was my idea to write a nice scholarly article loaded with references however, this one idea has morphed every time I have tried to nail it down and each time I look at it to collect my thoughts to write, it becomes something else. That intrigues the hell out of me – and makes me want to know why. Why should a focus of this kind become so slippery just by looking at it???  (I still might write it – )

Maybe because this zodiac idea has some merit to it and the idea of ruler ship, quiet, covert ruler ship throughout the last 4,000 years is something we are not supposed to notice???