What would be the easiest way to keep genetic blood line experiments separate, to be able to track them throughout the centuries? How about implanting the social complex you wish to segregate with the concept of elitism, with a racial fear – fear of dimishment of power? The most efficient way to do this would be by calling one group of people bad, and another good, or better than? And to prove this to the ‘better than’ ones you are trying to segregate, why not give them a mystery school set of beliefs radically different from those of the rest you wish to separate them from?

In the 19th century, many scientists subscribed to the belief that the human population can be divided into races. The term racism is a noun describing the state of being racist, i.e., subscribing to the belief that the human population can be classified according to race. The origin of the root word “race” is not clear. Linguists generally agree that it came to the English language from Middle French, but there is no such agreement on how it came into Latin-based languages, generally. A recent proposal is that it derives from the Arabic ra’s, which means “head, beginning, origin” or the Hebrew rosh, which has a similar meaning.[4] Early race theorists generally held that some races were inferior to others and that differential treatment of races was consequently justified.[3][5][6][7] These early theories guided pseudo-scientific research assumptions; the collective endeavors to adequately define and form hypotheses about racial differences are generally termed scientific racism.

Today, most biologists, anthropologists, and sociologists reject a taxonomy of races in favor of more specific and/or empirically verifiable criteria, such as geography, ethnicity or a history of endogamy.[8] To date, there is little evidence in human genome research indicating that race can be defined in such a way as to be useful in a genetic classification of humans.[9][10][11]

As its history indicates, popular use of the word racism is relatively recent. The word came into widespread usage in the Western world in the 1930s, when it was used to describe the social and political ideology of Nazism, which saw “race” as a naturally given political unit.[16] It is commonly agreed that racism existed before the coinage of the word, but there is not a wide agreement on a single definition of what racism is and what it is not. Today, some scholars of racism prefer to use the concept in the plural racisms to emphasize its many different forms that do not easily fall under a single definition and that different forms have characterized different historical periods and geographical areas.[17] Garner (2009: p. 11) summarizes different existing definitions of racism and identifies three common elements contained in those definitions of racism.

Second, a set of ideas (an ideology) about racial differences

This then allows a form of discrimination to come into being called slavery. Once you de-value and or objectify anything, it allows you to divorce yourself from the acknowledgement of equality, thus allowing the reduction and sometimes total banishment of empathy. The object of this discrimination then becomes nothing more than a commodity, to be dealt with as such.

What was once used as an easy method to separate out various genetic experiments on this planet evolved into a thought pattern that was then utilized by self-serving races to accomplish other plans.

From Law of One search on the word ‘elite’.

16.17 Questioner: What was their purpose in doing this?

Ra: I am Ra. The purpose of the Orion group, as mentioned before, is conquest and enslavement. This is done by finding and establishing an elite and causing others to serve the elite through various devices such as the laws you mention and others given by this entity.

18.22 Questioner: Then the Orion group… I’m not quite sure that I understand this. Do you mean that the Orion group produced this larger body complex to create an elite so that the Law of One could be applied in what we call the negative sense?

Ra: I am Ra. This is incorrect. The entities of Yahweh were responsible for this procedure in isolated cases as experiments in combating the Orion group.

However, the Orion group were able to use this distortion of mind/body complex to inculcate the thoughts of the elite rather than concentrations upon the learning/teaching of oneness. From <http://www.lawofone.info/results.php?q=elite&st=any&qo=&lh=aq&qc=0&s=&c=&fp=0&l=30&o=r>

We can then assume a vast an ancient history occurring in the realm of a galactic war that has been going on for billions of years bringing Earth into play as just another conquest, another asset, in this war. The law of one even speaks about this situation. It talks about one group who developed the system of elitism that has turned into the mess we have today and created and entrenched engram of racial and societal fear of the other.

11.18 Questioner: Then we have crusaders from Orion coming to this planet for mind control purposes. How do they do this?

Ra: As all, they follow the Law of One observing free will. Contact is made with those who call. Those then upon the planetary sphere act much as do you to disseminate the attitudes and philosophy of their particular understanding of the Law of One which is service to self. These become the elite. Through these, the attempt begins to create a condition whereby the remainder of the planetary entities are enslaved by their own free will.  (emphasis by me) From <http://www.lawofone.info/results.php?q=elite&st=any&qo=&lh=aq&qc=0&s=&c=&fp=0&l=30&o=r>

Why Earth is so important is an idea that is up for grabs. It has been said by a few people in-the-know, that Earth is a node, a connection spot in the intergalactic electromagnetic system of portals and gates that exists throughout this universe. I refer you to the information on Laniakea. https://www.youtube.com/watch?v=rENyyRwxpHo. 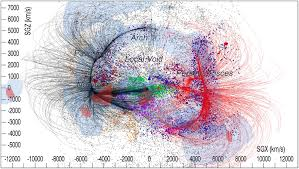 It is also been said by a few people in-the-know that Earth has been a grand experiment with many different types of questions that are being answered at the same time , that are intertwined with each other.

3. How our genetic diversity has an effect on our mental emotional and spiritual diversity

a. What is dominant in these attributes: genetics, mental, emotional, or spiritual

b. How does the energetic component affect the physical (biological/genetic) component

c. what part does the planet and region of space play in this development

My point with all this is that regardless of your biological, ideological, emotional or spiritual bent, whatever walk of life that you come from, The larger picture says we are all the same. We have come from the same place and will return to the same place. If we do not grow up and learn to value Infinite Diversity in Infinite Combination (https://alsionsbells.wordpress.com/2016/03/09/soul-genetics) if we allow a false set of separatist values to continue to rule us and divide us, we WILL fail as a planet.  These ideas are NOT our own. What would we have grown into if we had been allowed to develop naturally?  (https://alsionsbells.wordpress.com/2014/11/25/who-would-we-have-been/) If we don’t pay attention right now, the ones who want us to fail will win.

What do you choose?