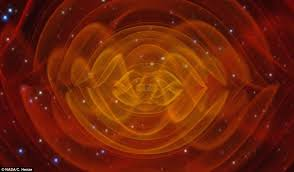 Time started shifting for me back in the mid 1980’s. I remember very distinctly waking up and feeling something was off. It was about the time I started to have anomalous rt. ear sounds like falling water, on and off and also high pitched tones intermittently in both ears. During this time I would also have ‘energy shocks’ running my spine that would feel like I stuck my finger in an outlet and make even my teeth hurt. It got more frequent in 2000, at least once a week I woke feeling like I had moved sideways in time. The high pitched hissing in my ears has been continuous since then also, with intermittent clear high tones. I can always tell one is coming on because the hissing gets louder culminating in a tone in one or the other ear. I am still jumping sideways in the time stream, I’m just not that concerned about it negatively speaking anymore – my wish is to live on/in a time line where all that and whom I love all have wonderful loving lives. Where they all reach their best potential and are safe and happy.

There have been at least 5 or 6 places in my life where the passion, or life force has diminished and changed the intensity of my capacity for living and being invested in my life. These have always been life shifting events where the overall direction of my life and my understanding of it have radically changed. Did I cross time lines at those points? If so why? How would we ever find out??

Two points: One is where you would be returned before you had missing time and the other would happen in such a manner that neither you or those circumstances and people around you would either remember or reflect that missing time so that you could notice.

In so many people I watch in interviews the visual facial symmetry is very off. As to whether this is natural or not – I am not sure – but in a couple of people – especially high profile information disseminators it seems to be very very pronounced.   -Why? (I have some of those same anomalies)

The phrase ” To where”

This gets my english properly spoken irk going. I cringe when I hear it. Is it a trigger? Or is it something common to a certain set of people with a certain set of circumstances that are similar – like MK programming or a specific ET liaisons, or a certain set of information?? Am I supposed to notice something? These people I have noticed use the idiom frequently: Sgt. Clifford Stone, Corey Goode, Damon T Berry. I realize it’s an idiom, but is it geographically common to a place, linked to training by a specific person or school, or …what?

The Oxford English Dictionary defines this use of “to where” as American dialect meaning “to such an extent that” or “to or at a point, position, etc., such that.” Here are the first three OED citations, all from Southern novelists:

1933, from South Moon Under, by Marjorie Kinnan Rawlings: “Is your loggin’ to where you kin leave it for a whiles?”

1938, from The Yearling, also by Rawlings: “My grand-pappy got hisself stung oncet to where he was in the bed a fortnight.”

1960, from To Kill a Mockingbird, by Harper Lee: “Having developed my talent to where I could throw up a stick and almost catch it coming down.”

Then there is the issue of the ‘color’ of the sunlight changing. Well if the color has gone more blue, then its frequency has gotten faster and there are days when this is really noticeable! See the chart.

The higher the frequency, the shorter the wavelength. Because all light waves move through a vacuum at the same speed, the number of wave crests passing by a given point in one second depends on the wavelength.

Which would mean that the sun’s frequency has gotten faster too – which just might mean that we really are moving through an area of space that is making everything vibrate faster and that part of the ascension theory is correct.

The Kruithof curve, with an example light source; D65 (Northern daylight), inside the pleasing region.[1]

The Kruithof curve describes a region of illuminance levels and color temperatures that are often viewed as comfortable or pleasing to an observer. The curve was constructed from psychophysical data collected by Dutch physicist Arie Andries Kruithof,[2] though the original experimental data is not present on the curve itself. Lighting conditions within the bounded region were empirically assessed as being pleasing or natural, whereas conditions outside of the region were considered uncomfortable, displeasing or unnatural.[3] The Kruithof curve is a sufficient model for describing pleasing sources that are considered natural or closely resemble Plankian black bodies.

That some of us feel uncomfortable in slightly bluer light is an evolutionary trait. It is also a preference due to living and being accustomed to a certain ‘normal’ wavelength due to geographical location, as we all know that the light changes throughout the seasons slightly determined by the slant of the earth relative to the sun. What has thrown most people off is that the slight variances perceived are in the ‘wrong’ season. I have noticed. However, I like bluer light as it has a watery feel to it and I always feel more relaxed in it, and is the reason I like dawn and dusk. How are you perceiving the light and how is it affecting you?

My animals are communicating much easier with me. It’s weird. Not like I am ‘hearing’ them in my head, just that one of them will be looking directly at me and all of a sudden I know what they want. I am enjoying this part….

These are all little nit-picks, but they begin to add up to a strangeness quotient. Things I have begun to notice while taking myself off this continuous diet of electronic mind control and madness while searching out my quiet center so I can perceive instead of being told what I am perceiving…

One last really weird little foot note here, at the bottom of this program I am writing in where it gives you your word count, it says: Draft saved 3:52:55 August 19, 2016. Looking up at my clock on the wall, it says – 11:48!!  and it better because I have to leave to go get grands from school, and unlike Alice, I can’t be late!!

One thought on “Questions and Observations: excerpts from external world recovery progress notebook”