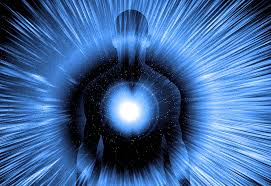 I started journaling in my teens to try to get in touch with the whomever it was that had been with me all my life and used to talk to me when I was a kid, and to understand why the world hurt so much. It evolved into a practice of getting up before dawn in those blissful hours where the world is asleep and it is so very quiet and writing with the light of a candle. It usually ended when I blew out the candle because it was light outside. I wanted to heal the damage done to myself and I knew I had to understand it, see how it happened to do that.

Around 18, I went to psychologist to have a very serious talk about whether I would visit as much pain on my children as was visited on me, because if I was going to do the same thing to my children as was done to me, I wasn’t going to have any. The psychologist told me that because I was already aware of this problem, that I would be just fine. I was in college and studying psychology and I had read and heard that most people were likely to repeat unconscious patterns learned from childhood.

When they were young ( my children, yes I had them, no I didn’t visit upon them what I had lived through) I started journaling with the purpose of asking questions about the way things were and listening for higher guidance. The universe always talked to me. The purpose was to find out why, once I’d gotten free from the parental structure and was free to live my life as I saw fit without all the negativity, life still hurt. I was guided to look at, in the vernacular of the day, the parental ‘tapes’, unconscious beliefs about myself that my parents told me about me, and see if negative messages were still operating in my system, predicating how I saw the world and thusly patterning how the future would unfold for me. In a way, David Icke is right when he says, “Create your future and the past will rearrange its self to make it possible”.

What many of us do not realize is that the past sometimes has such a hold over who and what you are and what you believe, that you are bereft of hope and so broken, that the power of dreaming, of imagination has almost died in you, and most especially where it comes to dreaming about yourself. I ended up doing a lot of work on myself, as one thing led to another thing….

I wanted to know how energy worked – the kind you don’t see the magical stuff that is all around you, that was your aura and all the rest because I knew there was a whole ton of unseen information in this world that would explain a lot of what I wanted to know, because at this point I was convinced that everybody had these problems and that is why they were all so ‘mean’. My theory was if you could teach yourself to see this energy, you would be able to help people. So my journaling changed to a drawing journal with colored pencils and I drew energy, around people and things – I also started to draw energy people… but that’s another story. This developed my inner eye and gave me a way to receive information that was more than just 3D.

It is said by some people in the psychology field that ‘addiction’, or as David Wilcock calls it in his new book (The Ascension Mysteries) “repetition compulsion” is the very core of 3D life.

‘Repetition compulsion’ is what trains the mind to stay stuck in ONLY 3D perception by developing the ego, a progromme we allow and are taught to allow to take over our lives and create ‘right perception’ of everything.

The ego is the 3D lens. It can be and mostly is a very negative, hurtful mindset – where all actions are simply to remove yourself from pain by being better than, having more than, being first to hurt, using power and money to secure it and remove yourself from the pain. I suppose that in my life, never having money of my own, ever, set me up to go looking for a way around it, which is really what led me to investigating all things unseen.

Nobody likes pain of any kind. Society teaches you that if you have/own ‘more’, are the best, and mostly meanest kid on the block, you won’t have to worry about it. Because my young life was mostly about a power struggle (old karma there) I searched for power in the spiritual realm, for higher love, higher virtues, which for many years made me a self-righteous, unbearable prick. Seriously.

Through the years in my search for beyond what today we are all calling the veil, which is outside of the ‘ego’ society gives you, I looked through a lot of stuff. All of which I realized had one thing in common – entrainment: another system of control. What I noticed was that once you took on a ‘system of practice’ you got lost in it, because the system made sure you did. And the promises made by those systems…. WOW! As you got further into their system of thought they told you that it could take as long as a life time to accomplish – and I didn’t want to wait that long…. I also realized that if you got caught in them it was possible to never find your way out again. (including academia)

Then I realized that every time you ‘gave-over’ your heart and your will to a system of thought (which is in a nutshell what they all demanded for perfection), you LOST yourself, the true you. Just like society’s 3D ego progromme. Today’s societal norms are like a voracious, hungry animal, the harder you try the more it eats you alive and the less of you that you have to be alive and awake.

There are many ways that we try to break through or ignore this conditioning: drugs, addictions of any kind, adrenalin, peak experiences, meditation, diet, yoga, channeling… the list is endless. It is anything that helps you ignore the pain you are in without encountering the real reason for it. Anything. But until you see it for what it is – a tool to wake up – these can entrain and chain you too because TPTB know all these things and use them against you as bars in the cage.

The singular thing that can save you, is you.

The inner you. You must be willing to listen to you, not something that comes through you once you are quiet enough to listen, but you. Not some teaching you have learned, not what others have said, but YOU. Be willing to look at how the experiences you have had in life have shaped the person you have become and decide whether you like each piece, or whether you will change that piece. You decide.

Here is the work.

Because to untie the tangled knots that bind you to the pieces of yourself that you didn’t decide you will be, but were given to you, you must be willing to really LOOK at those nexus (yes the plural of one nexus – crossing point – is nexus, I looked it up) and untie the knots/emotion/events with compassion for yourself and those who were involved in their creation.

Once you do that, you have the power to change who you really are, be internally controlled not externally driven, and you have real true access to your own Great-heart. We need to do this because most of us don’t know how to dream past the Ego progromme given us by society (and others) and dream the real dream of what is next for humanity – what we will become.

P.S. it is up to us to set that dream, if we blindly sit back and let others do it for us…