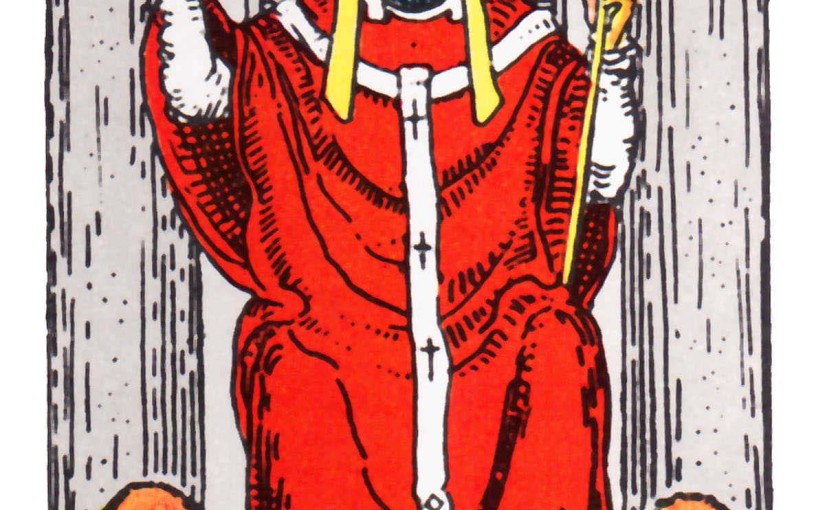 This is a continuation on my ruminations about how language is our arbiter of reality. I’ve thought about this my whole life, but the new movie ‘Arrival’ really sparked some new thoughts. Plus I’m not as smart as Laird Scranton.

Important definitions used in this article (More at the bottom)

Hiero- in its combination form

Hieroglyph: A character or word supposed to convey a hidden meaning

Sacred: connected with God (or the gods) or dedicated to a religious purpose and so deserving veneration. “sacred rites”

I am starting to work out in my mind, that we really did have a telepathic sense that worked well enough that language wasn’t needed. Part of this discovery is trying to trace when we lost it, so that on looking at the before and the after I might be able to piece it together enough to understand what happened and why. Why did we lose this ability? Laird Scranton in his conversation with Jimmy Church was able to enlarge on this growing theory banging around in my mind ever since I saw Arrival, the movie. (https://alsionsbells.wordpress.com/2016/11/17/language-is-the-metaphor-for-time-change-the-language-change-time/)

That and a Clyde Lewis interview of Dr. Michael Salla where Dr. Salla gets into context in meaning and describes two kinds; high context with metaphor and low context that is supported only by words like on twitter and face book. What I began to understand was the importance of context and metaphor in piecing this puzzle together.

Laird Scranton’s description of the buildings at Skara Brae as living metaphors for the human body – in that the hearth was where the heart should be, in a building that was a depiction of that body…well, our metaphors for the heart are words like nourishing, loving, warming, encompassing (where we gather to get warn and cook nourishment and have light to see in the dark) were a direct message that these people were well aware that the body was a habitation and metaphor for the soul. Therefore their dwellings reflected that knowledge in the way they were built and used. When you visited you were surrounded by what they believed, as you physically moved through their metaphor who and what they knew about themselves and the universe were your physical environment. No words needed. Just total immersion in the information – complete and utter context, as rich as it gets.

Which is my next point: they didn’t need a written language, who and what they were was in their eco/geographical context and their creations. Their relationship to the universe was in what they created and immersed themselves in. Walk into any home today, and I’ll bet the only indication of any modern sacred practice, metaphor or connection you will see are all the electronic screens and cellphones and computer stations and tablets… But nowhere will you see in any environment anything that indicates we are even faintly aware of being a spirit alive within a body… As a matter of fact, if you look at the metaphors present in homes today, you will become aware of how separated we really all are from ourselves and our world.

So where does telepathy fit in all this? Well, it is my suspicion that around the time of Skara Brae, people were still very much telepathic. That being one of the main factors why there isn’t a written language. There wasn’t a need for anything written down. Communication was instant and immediate and should anyone forget all they had to do was take in the metaphor all around them ( one huge symbol) that indicated in every way possible their place in the cosmos and their connectedness to each other.

Somewhere between the Dogon reaching Africa and the Egyptians creating hieroglyphics we lost telepathy and I am willing to bet it was the whole reason WHY symbols came out of us!  (One of the meanings of Hiero is anger – did our anger, where ever it came from separate us?) All of a sudden we were very needful for a way to extend our meaning and give it context – of the deepest kind, because we had lost it all when our telepathic ability vanished. Thus we get the Egyptian hieroglyph with 3 contexts: sound (a representation of the sound you hear, like our letters), Word (single word meaning – like tree, or cat), Quantum Concept ( metaphor – like a representation).

When you miss the greater context, it is very easy to misconstrue the meaning!!! For instance, my husband and I play around with telepathy all the time. I’ve never really gotten anything across to him with real clarity, whilst it is very easy for him to share a song in my head; if there is music playing in my head, it’s his fault. Last week on Wednesday we came out of the movie Arrival in the evening. The air was crisp and the moon was huge! I went directly outside to have a smoke. I was almost done and beginning to wonder if he was wondering where I was. So with this new idea of context in my heart, this time I not only sent him a picture of where I was standing, I sent him what it felt like, standing there. Thirty seconds later he rounds the corner saying to me, “All of a sudden, I knew right where you were!” He had originally thought I stopped by the ladies room, which I hadn’t. CONTEXT!!!! It’s starting to mean a whole lot to me.

The next piece to this confusing puzzle has a lot to do with the words. Hieros, for instance; it combines with a whole bunch of other words, making very interesting meanings which really are a metaphor of our thinking process even today and how it controls us. Hiero means sacred or priestly. See Above.

Sacred – in Latin is sacrum. The sacrum is lock point (nexus) of the divine into matter in the human body. The base chakra. It means the ‘Breath of God in Manifestation’. Another way that the Skara Brae showed this was in the way they lived in their dwellings – a metaphor for life-with-in. Once there was a need for symbols and this innate symbolism was divorced from real life, language became a tool to divorce us from this concept by telling us that there was a hierarchy and a hierocracy. Constantly reminding us that we were not part of the ‘priestly caste’ or any of the real knowledge they held a part from us. Further, in French the word hiero is a combination form meaning…. wait for it… yesterday. That, my friends is a language time-bind.

Further when you look at the combination forms like, hierophant (one who interprets sacred mysteries ), or hieroglyph (a character or word supposed to convey a hidden meaning), you are once again removed from the perception of the subject to seeing it through an intermediary, instead of direct perception. Our language is riddled with subjective word meanings that tell us in a myriad of ways that not only are we not capable, nor should ever attempt to perceive this divine element from inside, or, gods forbid – literally, on our own.

I have been talking about the technology of this ancient take over for some time in various ways on this blog. Last night during Jimmy Church’s tribute to Bill Cooper (episode #561 in the Fade to Black You Tube channel) I realized that it may be more that just one of my hair-brained theories. He was also convinced of it, and if he had had the opportunity to talk to people like Laird Scranton and a few others on what we are just recently beginning to understand and dig up out of our far history, I am sure he would have seen the link. How would you conduct a take over of a planet under the noses of other advanced races that might stop you, without being noticed?

You would infiltrate a people before written language, you would then have a hand in developing that language, and you would embed awareness codes in that language to make sure that people created their own control cage to your specifications by the way they used the syntax, context and meaning to describe their reality.  If they were telepathic you would have to change that by reducing their ability or breaking it, fully expecting them to take another thousand years to regain it, but by that time the language control system would have been well embedded in the entire planet along with fear based control systems like religion promising that any type of ultra awareness was evil and punishable. Why do you think pre-language children are more aware of the paranormal than us and dogs and cats for that matter?? No language cage.

Then you, very slowly so as not to raise any extra-planetary suspicions, force their technological development so that you could insert yourselves into the global situation to control a myriad of requirements, cultural thought and control systems.

When they reached a certain level, you would then be able to show your presence by using the previously developed EBE’s from their own planetary DNA as Extraterrestrials visiting earth to further force technological development towards your plans. If you are conquering the known galaxy, you need armies – planets of armies. And in their game plan a thousand years of development is nothing. Not when you have a life span of hundreds of thousands of years.

Are you beginning to see the innuendo, programming and societal control systems embedded in our very language? We use language to extend meaning to one another and describe the reality around us. Can you understand that part of our inability to think ourselves out of the mindset we have is due to the words we use to think it – to describe our very reality??? And now are you beginning to see why we are stuck in not only time and war, but spirit and soul on this planet due to the language we use? The way we think ourselves into reality.

4.gisarme, spiegeleisen from Old High German īsarn, īsan, iron. Both a and b from Germanic *īsarno-, “holy metal” (possibly from Celtic).

HI’-ER-O-GLYPH (-glif) noun ;  Picture writing.
A character or word supposed to convey a hidden meaning
From: Funk and Wagnall’s New Practical Standard Dictionary 1946 (yes, an actual book I have sitting in front of me)

The term has been used in English since 1727, borrowed from glyphe (in use by French antiquaries since 1701), from the Greek γλυφή, glyphē, “carving,” and the verb γλύφειν, glýphein, “to hollow out, engrave, carve” (cognate with Latin glubere “to peel” and English cleave).
The word hieroglyph (Greek for sacred writing) has a longer history in English, dating from the first Elizabethan translation of Plutarch, who adopted hieroglyphic as a Latin adjective.
In archaeology, a glyph is a carved or inscribed symbol. It may be a pictogram or ideogram, or part of a writing system such as a syllable, or a logogram. In 1897 Dana Evans discovered glyphs written on rocks in the Colorado Desert. These ancient characters have been called the most enlightening discovery in Native American History in the 19th Century.
From <https://en.wikipedia.org/wiki/Glyph>

SACRED sa·cred ˈsākrəd/ adjective: sacred
connected with God (or the gods) or dedicated to a religious purpose and so deserving veneration. “sacred rites”

SACRUM – other meaning: the tail bone. Also the sacrum where energy binds to matter in the human body and comes in to manifestation: The breath of God Manifested.

3 thoughts on “Its all in the language – Hiero: phant, glyph archy, ocrasy… Divide and Conquer”