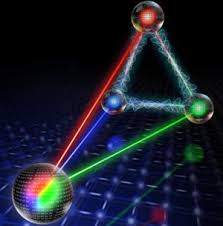 They are right now stuck in some other quantum time line. Which if you really think about it is a mini-Mandela effect. When you say Mandela actually you should think quantum. Billions of time lines all playing out simultaneously now.

How you wind up in different times lines is totally predicated on your choice and what you tell yourself reality really is. Or what you want your reality to be – how daring enough you are to let go of the binary either-or-consciousness (safe) view of reality and begin to embrace Both-and… or all now.

The easiest way to get there is to go into a theta state – the way it is in the moment before you wake up from sleep… that brain state is where change can happen easily. Where you can become an ‘Active Operator’ in the hologram that contains all possibilities in the quantum hologram. It sort of reminds me of the movie with Jet Li called “The One”, except that you don’t have to kill any of your yous – as a matter of fact, the more yous you have, the faster you can spiritually get a handle on this because you cover more variations of experiences simultaneously. Ever wondered how one day you just know something? Well there are billions upon billions of you all simultaneously working on every aspect of experience and this can add up to miraculous “Ah Ha” moments that jump between all the various multiversal selves where, for a moment, a speck of time, the entangled yous all align perfectly and there is transmittal of awareness between all of your selves. Like a mini mind bomb.

This could be considered natural EPR steering.

The concept of ‘steering’ was introduced in 1935 by Schrödinger1 as a generalization of the EPR (Einstein–Podolsky–Rosen) paradox. It has recently been formalized as a quantum-information task with arbitrary bipartite states and measurements 2, for which the existence of entanglement is necessary but not sufficient. From <http://www.nature.com/nphys/journal/v6/n11/abs/nphys1766.html>

EPR is a conjecture in physics stating that entangled particles are connected by a wormhole (or Einstein-Rosen Bridge).[1] The conjecture was proposed by Leonard Susskind and Juan Maldacena in 2013.[2] They proposed that a nontraversable wormhole (Einstein-Rosen bridge) is equivalent to a pair of maximally entangled black holes. EPR refers to quantum entanglement (EPR paradox).

Notice the trinary aspect to this?? (NOT FREAKING BINARY!!!)Keep looking for concepts that are threes – they just work better for the reality that enables you to manifest, transmute and change….things – multidimensionality. 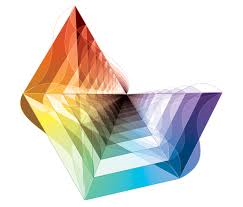 An amplituhedron is a geometric structure introduced in 2013 by Nima Arkani-Hamed and Jaroslav Trnka. It enables simplified calculation of particle interactions in some quantum field theories From <https://en.wikipedia.org/wiki/Amplituhedron> This is the shape, coincidentally, of a photon. 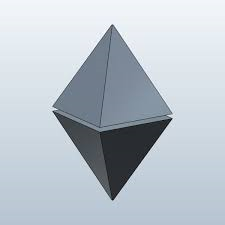 The momentary creation of the Einstein-Podolsky-Rosen (notice this as a trinity also, not just Einstein-Rosen…) bridge is a quantum tunnel created by all your entangled yous that allows for instantaneous information sharing – or photonic exchange. This can happen easier than you ‘think’…lols, It really can. The more ‘lucid’ you can be in your everyday living (lucid meaning awake) the more you can see this. Events like missing shoes and things turning up where you KNOW you left them 3 days ago, when everybody around you and you previously saw they were not there, seems to be the beginning awareness of learning this state of being. Free Will and thought and lucid awareness create what and when and where you end up. That is why state of mind is so important. It’s the frequency, the tone, that determines where you pop out.

Of course, the MORE people you have creating/wishing/dreaming for a condition to appear in your current reality paradigm, the more apt the quantum consciousness of those minds are to find that timeline – or if you wish – create that time line. As a matter of fact, you can aptly take the emotional temperature of your current timeline by watching this play out in the shifts that do occur in mainstream consciousness. It will show you what the mainstream World Consensus is currently doing. And if the one you are in is lagging behind, you might want to go find one where the world consensus more closely matches what you desire.

This doesn’t mean that all those other yous stop being, it just means this here-and-now-you chooses something different. In the multiverse view of things, if this you is aware enough to actually solve this situation and know how to find your optimal reality, in one of those ‘Ah Ha’ EPR moments you will share it with the rest of yourselves instantaneously. But one of yous needs to solve it first!

So, as to those STILL missing shoes, maybe they need to stay missing, get my drift? (however, I still want to complain…)

One thought on “EPR: where ARE my shoes??”