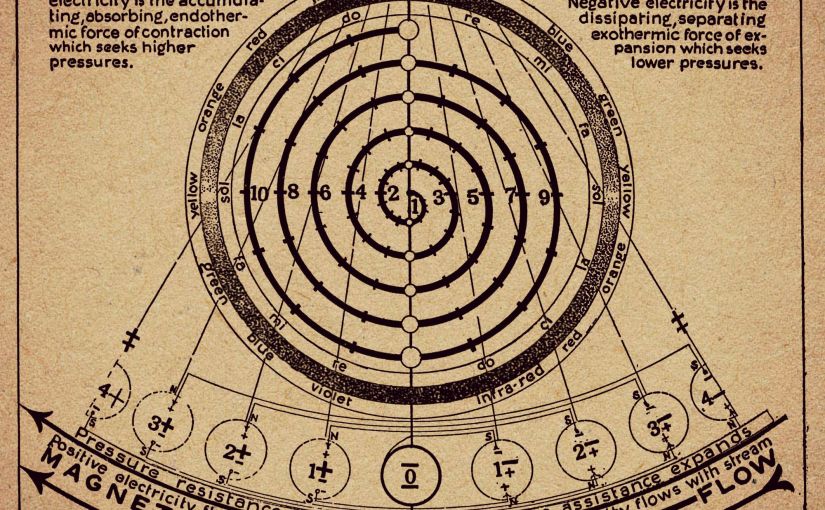 Imagine, if you will, a soul trying to learn a specific lesson here on this earth, and it takes many, many, incarnations to accomplish because the lifetimes here are so truncated. Just as we begin to get a handle on the physical aspect of life here we get old and die. Further, all spiritual education is specifically oriented towards misapprehension of universal truth, if not outright wrong information.

At this juncture I have suggested that one mechanism and technique for the engineering of social cohesion was the introduction of religion, and in particular, monotheistic religion requiring absolute unquestioning obedience.

Religion, on this view, becomes the principal technique of social engineering, and, read a certain way, parallels the institutionalized terrorism of the great revolutions in modern times, demanding unquestioned obedience to theocratic authority on pain of death.

… that the institution of human sacrifice was a component not only of this program, but also a kind of “collateralization” of humanity to certain types of monetary policy that began to emerge in ancient times, and that this in some cases was a component of social engineering via religion.

As we shall see here in this book, however, there is yet another reason for such brutal practices, and that lies within certain conceptions the ancients held of the physical medium itself. In other words, some aspects of religious social engineering arises out of the nature of the physics itself;

Suppose we imagine what it could/should be, that we live 6 to 9 hundred years developing and crafting life to its highest art form. That souls from everywhere come to incarnate to polish and refine themselves for the next step of being a soul – kind of like graduate school. I think that is what this planet was meant to be.
An old, old rule of thumb was: great light attracts great darkness, because this universe tends towards homeostasis, balance and longevity. For this planet to be so over-ridden with dark elements gives credence to the idea that this place holds the potential of great light.

So how did it happen that Gaia became overridden by the nasties? Well, as with all love and compassion and great light, if it is in its infancy in development, it tends to over-reach out of the immense love that it is. Being in infancy, Gaia didn’t have the wisdom to know how to regulate such forces. We all know now, but millions of years ago…
Everybody through time has tried to pin point the moment that darkness crept into the story here, and it doesn’t seem to matter which world-round is looked at, even the current one. Every society that developed any cognizance of higher principles and science was infiltrated by the dark aspect.

In any case, these two elites, like the surviving Nazi and Anglo-American elites after World War Two, were thrust together in an uneasy post-war detente, for mutual cooperation was essential if either were to survive.

Due to this circumstance, when examining the traces of the putative activities of these elites in ancient times, it more often than not is difficult to determine which group is most active in a given region, if one considers only textual evidence, but as will be seen in this book, there is one profound clue that emerges from a consideration of the Grid: human sacrifice. In the second place within this model I assume that both elites understood the very-long term nature of their goals and commitments, and thus set into place structures and institutions to ensure their survival and activities over a prolonged period of time. I thus assume that they endured throughout the millennia down to our own times. It is these two elites which are, in my opinion, the origin within esoteric and occult tradition of the idea of two “brotherhoods” and two paths:

(2) the “black” brotherhood, pursuing the left-hand path of violence, chaos, “black magic,” social engineering, and the “occult” in the standard sense, inclusive of blood sacrifices as we shall discover. Concomitant with this model is the implication that both elites know that at some point in history this detente is destined to break down, and open struggle between them will resume. While this book is not the place to pursue that discussion, I believe that there are distinctive signs in the last ten to twenty years that this is taking place.

In the dark aspect, human beings are considered money – just look into the Social Security system. I agree that we are now arriving at a time when a homeostasis reset is already in progress. As all pendulums do, the arc of swing gets smaller and smaller but because everything in creation is always in movement, it will never settle down to a complete stop. However, at a smaller arc the damage created at the apex of each arc is way less.
The wisdom to come out of participation on either end of the great swing from dark to light and back is what will hopefully prevail and help with this next round of centuries.
What have we learned, and how might we apply it?