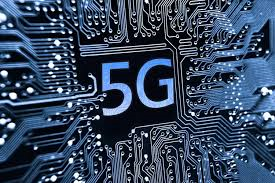 I’m NOT just the only one saying it..

Multiple countries around the world have banned WiFi, and the building of cell phone towers near primary schools and nurseries, among many other places due to the evidence that shows they are not safe and can implicate the health of young children, and adults, in multiple ways. With all of the science that’s emerged over the years, it seems very unethical for the corporations who control this market to continue to manufacture and promote these services in such a manner. Furthermore, government agencies have failed to address what’s happening, despite the fact that hundreds of scientists and thousands of peer-reviewed papers have been calling for it for years.

5G is the new technology currently being implemented in a lot of areas, and research has shown that the same frequencies used by the Department of Defense in crowd control weapons, make the foundation of the latest network known as 5G.

This kind of technology, which is in many of our homes, actually interacts with human skin and eyes. The shocking finding was made public via Israeli research studies that were presented at an international conference on the subject last year. Below you can find a lecture from Dr. Ben-Ishai of the Department of Physics at Hebrew University. He goes through how human sweat ducts act like a number of helical antennas when exposed to these wavelengths that are put out by the devices that employ 5G technology.

These technologies are already rolling out, despite the fact that scientists have been cautioning against it, more research on human health effects should have been done before their approval, but it wasn’t.

“If you are one of the millions who seek faster downloads of movies, games and virtual pornography, a solution is at hand, that is, if you do not mind volunteering your living body in a giant uncontrolled experiment on the human population. At this moment, residents of the Washington, DC region – like those of 100 Chinese cities – are about to be living within a vast experimental Millimeter wave network to which they have not consented – all courtesy of American taxpayers,”

Davis proposed that the Trump Administration could provide funds for research and training by implementing a 2 cents per month fee on all wireless devices, their manufacturers and network providers “training and research in bioelectromagnetics including the evaluation of new technologies is essential before universal deployment.”

U.S., Russian, and Chinese defense agencies have been active in developing weapons that rely on the capability of this electromagnetic technology to create burning sensations on the skin, for crowd control. The waves are Millimetre waves, also used by the U.S. Army in crowd dispersal guns called Active Denial Systems.

HERE are more videos, lectures, and slides via the Environmental Health Trust of the conference that took place that you can access for more science and information.

What Can You Do?

Well, you could not use 5G technology, you could get a wired connection for your internet, which would be faster than wireless. You could unplug the devices that beam out these electromagnetic waves at night. You could be healthy and have a good lifestyle, keeping your immune system in tip top shape, and utilize what’s becoming known with regards to how powerful consciousness is, the mind-body connection.

Obviously, panic and worry isn’t the answer, it never is.