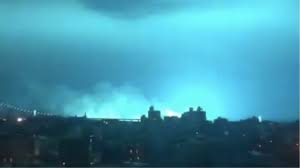 So, I was on the way home from the grocery store musing on the many theories being talked about for the blue sky incident in NYC plus all the incidents in Louisiana on the 27th of December. They include:

Joseph Farrell danced on the end of the twig with grace and aplomb.

So, on that drive home down the back roads of Indy, I mused, especially about the alien part… and I just wanted to draw attention to the thought that; if you were an advanced species (far more than we are) would you do something like that? Especially considering that you are hyperdimensionally equipped and could blink in or out in a thought – even in an emergency… Ahem    The idea made me giggle at it’s absurdity.

However, if you were a really stupid faction of some nasty, illiterate, uneducated bunch of ashls who don’t give a flying fk about anything except themselves (you know, your garden variety psychopath) and you were trying to cover something else up you definitely would do something like this.

Btw, Mr. Farrell has a really interesting end of the twig on this one. I kinda like it.

Ps. My idea on blue sky…