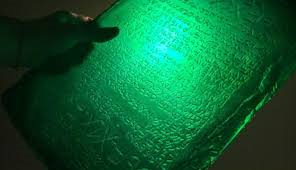 The Emerald tablets were Left Behind as a guideline for the teachers of the world to teach the people – they were never meant to be hidden or secret.

We are allowed to know. In fact, we are encouraged, nay required to know what is our birthright. Those tablets were meant to teach us and help us progress. As it is right now, we are like Romulus and Remus – children set at cast into the forest, wild wolves, with no real history and no real basis for the truth.

Time and Timelines: like Birkland Currents in the universe and in our brains

Can this mean that we are constantly jumping timelines as our own frequency changes?

Could it be that it takes a certain number of souls all on the same frequency to actualize a time line for all of humanity, like a quorum?  And by jumping to those timelines where like frequencies exist together, the more people you have on a certain time line the more actualized it becomes ?  The more real?  ( like the hundredth monkey effect – morphic resonance, the tipping point ). Maybe because the more people that join the time line the more real it will become for humanity and what we are seeing are decision points that build enough resonance to actually change the outcome of humanity?  That when enough of these come together the overall direction of humanity can then change? And the rest of humanity is simply dragged along?   Which leads to the next idea that the Mandela  effect may be what we have Left Behind to become who we are today?

This looks very much like Birkland currents in electric universe theory. And very like Bohm’s resonance theory.

As above: So below