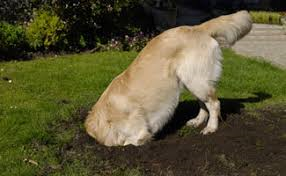 IMO: in my opinion…

This document, that Grant Cameron, Michael W. Hall, Richard Dolan and Jimmy Church have brought to light, if provenance can be proved, if actual government documents can be found that support it, is the single most important document of the 21st century for several reasons.

The first, obvious to us in this genre, being all of those years of hearing this information on the down low as back story, with little to no veracity of its paper history, with the hundreds of tendrils of other stories crisscrossing into this larger one, could be, after all basically true. Wow.

It puts people like Sgt. Clifford Stone, Command Sgt. Major Robert Dean, Dr. Steven Greer, Jim Mars, Stanton Friedman, dare I mention Kerry Cassidy, (the list is endless) – quite literally people from our recent past that have been written off as maybe slightly whacky – people who could have been forgotten in the current harassing maze of he-said-she-said horse pucky going on right now (that doesn’t even really deserve mention in light of the real true stuff) back into the equation, where they belong after careers dedicated to bringing the facts out to the public! (Don’t forget Dr. Greer has talked about this meeting for the last 20 or so years in all his talks.) We, or should I say they, have been vindicated. It feels weird. And those of us who have been through many cycles of lies and trickery, are still questioning whether it’s a psy-op. But that’s ok, in fact, it’s needed. DON’T believe anybody. Do your own research and questioning, go dig up reliable facts, then share them.

I am sure, really, they never counted on us to be as tenacious as a starving dog smelling a buried bone. We don’t just ‘Huh, maybe?’ when we see a thing of wonder like last night. No. We don’t just read paragraph by paragraph, No.

We analyze each word in the context of the last 80 years in relation to every tid bit and fact and supposition through the lens of every researcher we’ve ever read and listened to for any innuendo, missed fact, allusion that we can find and take it a part letter by letter in search for any convoluted, hidden, veiled piece of information we can find, because that’s what we have been trained to do over the last 80 years!!!!

Sigh. We will find the provenance, the connections and the threads of the story through all this and someone will write a book on the true story of it all because that’s how we roll.

Second. I am as alarmed at the rewriting, editing and spin being put on the current recrafting of the story being fed to John Q Public about UFO’s as Richard Dolan. The rebranding, the adjusting of the importance scale on various people and facts, the ignoring of provenance, the warped rewriting of history going on by the latest self-proclaimed ‘Authorities’ of the entire field, this new TTSA-Space Force- MIC money for weapons cadre, is trying to sneakily re-write history to their own advantage. Perception management. Ok, its nothing new. Everything is perception management these days. (people who want to control other people have been using terror for centuries and what is implied in the word ‘threat’ is, well, terrifying)

Big sigh, the Admiral Wilson Papers will put a big monkey wrench (funny spell check corrected monkey to money… lol that’s true too) in all that, but to do it in any meaningful way, TTSA will probably IMO, have to acknowledge this document – like spot light it on their much vaunted program and since they have gone over the same incident twice already in two, 45 minute primetime shows, my hope for any progress to something like this document feels like maybe in the next hundred years they just might get around to it… and that’s because it will supremely screw up their narrative, their spin, their purpose for letting out the information they already have. If this document is to be believed they have way more than it looks like they ever wanted to talk to us about.

However as one fellow on twitter last night stated, and I think it was the tweet of the night:

The Art of Erik Stitt @Erik_Stitt_Art

Very interesting… The docs are def legit. I’m going to enjoy sitting back and watching the shockwave repercussions of this leak. This is a “no turning back” moment. #f2b @JChurchRadio

Because we, who have been at this for countless years and millions of reasons, will take this and run with it and we will get to the bottom of it, proving its reality whatever that may be, truth or psy-op.

Because that’s what we do.

4 thoughts on “The Admiral Wilson Papers”