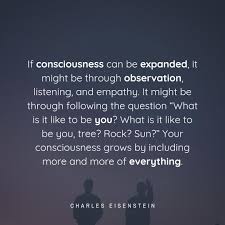 What is normal for some is not normal for all.  Phrases like ‘It’s the new normal’ abound. I must agree, when life changes there are ‘new’ normals to be met. I have had this word, ‘normalization’ floating around in my head for some time now. The dictionary definition of the word is pretty paltry – only because in all of its definitions and categories it only looks at normalizing the person to society, not society to the person.

Then there is another kind of normalized – where what could be considered today ‘extra’  information from your senses and experiences have happened all your life to you and family members and everybody just acts like it is a given fact. No drama. No high strangeness… For instance, we have always had a family ghost. Usually that ghost belonged to the eldest family member b/c they had been around long enough to collect dead family members. We have always had a type of emotional mental telepathy. (I just had a very emotionally intense experience yesterday and my cousin called me out of the blue today to find out if I was ok. ) All of us have had visitations and visions and warnings of one kind or another. It, in my family, was normal. We all had apports. We have all had things disappear only to re-appear later – we all laughed about gremlins. It was very normal in my family. I didn’t talk about it to my friends because I thought they knew all about it. I thought everybody did. (‘You mean you don’t have a family ghost?’) Through the years I put two and two together and realized that, well, not everybody did this, or had this stuff happen to them that they had been aware of.

So now that people are starting to talk about this and all the varied things that can and do happen to them and getting all weirded out about it, all I can think is, wait till it becomes normal. Which brings me to another point; it is normal. This stuff happens to everybody all the time whether we notice it happening or not. But if you do start to notice it, there is a way to understand how to control it, so you don’t have weirdness strolling through your bedroom every night at 3 am, and your car keys don’t go missing just as you were about to step out the door. (consider this – maybe being late kept you from getting in an accident?) I used to get all pissy about it, but now that I’m older and…slower, I just figure, ok… whatever.

I have had contact throughout my life, since I was very little, but it has always been telepathically. Once it saved my life, once it set me on a life path, once it scared the dickens outta me. Contact with what? Who knows? I more or less understand that it does have to do with your internal state of mind and your intent. You want scary-bad stuff? Sit down with a rotten state of mind and cast your intent out there and watch what happens! To me, that is just common sense. There are ethics and morals in this just like any other area of life. The rule is simple and obvious: ‘Do unto others…’  You see, there are no short cuts to becoming a better person, not magic, or ETs or extradimensionals, angels or daemons can do your work for you.

Beyond that, my mother used to talk to her ‘stuff’ like her car, and the dish washer and the vacuum like it could hear her. Well, guess what? It works. Her cars never broke down, she always knew before something broke that it was having trouble. (It sort of goes to the ‘consciousness being the ground state of matter’ theory.)  Weird, I know, but it works. I do it too because I saw her do it all my life. It was normal and I never thought to analyze it. Never. Her dogs were another thing too. She saw them as intelligent and so they were. Very. Intelligent. You almost expected them to talk. She had a gift that way. All these things were normalized in my life to the point that I thought everybody knew. It seriously was really hard to figure out that people didn’t know. Or, that people were taught to be afraid of things like this. Oh my. In my adult education I fell in love with Rogers and Jung, knowing they were open to the process of becoming more than you thought you were, the acceptance of the greater, wider person and back then what I labeled a ‘more spiritual’ person. By then I was a whole lot more savvy about how people thought… it was also much more acceptable to be this way in the 80’s than the 60’s…. 😉

The point is, it should be normal to everybody. We have been tricked to believe its odd, dangerous and evil. Its not, it’s who we are – we were made this way, every last one of us. Its odd that we have been taught to fear something so normal in ourselves. Something that could further the human race so effortlessly if we just accepted its reality so we could see it. If it was developed, imagine that! Sadly, what is being normalized into society today is war, strife, bad manners and fear. We are developing a high tolerance to bad behavior. Its like the frog story:

A professor teaching about shock in a biological systems class about homeostatic norms brought two frogs, two coffee cans and a double cooking plate in to lab class one day. He proceeded to fill both coffee cans with water and put them on the burners and turn them on. He posed a question to the class: ‘Which frog will survive longer? The one I put in the cool water before it heats to boiling, or the one I will drop into the can with the boiling water?’ Well of course the one that went into the cool water because it had time to acclimate where as the one who was dropped into boiling water died instantly from…shock. (no actual frogs were killed in this experiment!)

And so, maybe this is what is happening with the human race right now, we are being acclimatized to this part of our selves that has been driven under our consciousness for centuries because it is finally breaking through to the day light in the entire human species. It can’t be stopped any longer from blooming out of us. We all are beginning to feel it and there is simply a need for normalizing it. Because, in the end, you can put whatever labels you want on this, codify it, study it, empiricize it, analyze it how ever you want, science-ize it, religious-ize it, condemn it, it will not matter. It is still the ground state of being the same way consciousness is the ground state of matter.

And… no matter the distraction, it IS our next step.