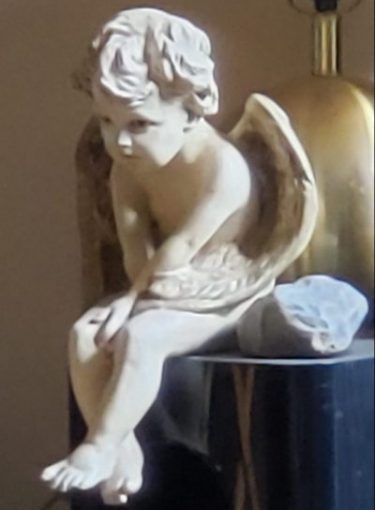 The first on a Thursday. For some reason, fall and Thursdays go together. Maybe because that was the day that Star Trek came on when it first showed on TV. With real aliens. Real aliens – aliens that were more than cardboard cut outs and poster boys or boogie men, they were real people that spoke, had families and lives and philosophies… that’s when I realized that Star Trek told the truth. That’s when I knew there must be a way to get the planet and the human race there, to that future. There just must.

I had no idea what that path would look like, and how many times and how many people would conspire to knock planet earth off that course, but I had one hope. That hope was that for the first time in modern times literally millions of people had fallen in love with the same vision, and together, however we were capable, we would, in our hearts, hold that vision and work towards that vision.

As always, if there is a way to twist, screw up, change a path that would put us on a better future for humanity, there are those insane enough to want it. I’m trying not to be a gloomy Gus but it’s really hard. The stupidcv is a lie and it is not what is killing people. Our toxic environment, our food, our water, the chemtrails, the radiation poisoning, even if you try to stay away from it all, it’s so enmeshed in our lives that you can’t. Couple the toxic environment, our toxic bodies with toxic vaccs and 5G and you have a cocktail for disease and plandemics every time the good ol’ boys turn the damned machine on.

Every post I’ve made since about February has been either gloomy, angry or yelling… I don’t see any hope – and maybe that’s exactly what they want – is to take all of our last hopes and grind them into dust. A nap and a cookie is not going to do it for these folks absolutely determined for destruction. The playground needs to be shut down. (too late)

Today I feel like this little guy. Peering out over the world, wondering just how crazy it’s going to get and really not wanting an answer.

So, I will send to you all, The Great Bell Chant by Thich Nath Hanh may it help your hearts to remain open and receptive in this time, may it remind you the great teachers have known and been working towards this time forever, and may it help you stay the course.

The Great Bell Chant (The End Of Suffering)