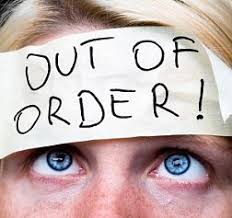 What if I am wrong? What if the trends I have noticed, the cycles and such are just in my twisted little conspiracy flavored brain? I don’t think I am but… (the first symptom of being insane is that you don’t know that you are insane – which makes you…insane)

I’ve watched the trend of the closedown of the economy since the 70’s in hiccups and policy that ultimately require the American people to eat the mistakes. Hell, I wanted my parents world back, where real estate was stable and interest rates were low and if you worked hard enough you could have a life, create a good world to raise your children in and expect good results. It was about that time that I could really begin to see the break down, but I didn’t know what I was looking at until 50 years later… Even then we were already well entrenched in the game 30 years in, or more. The game? 100 years or less to change the planet from relative freedom to slavery using technology – gone really wrong.

Do you meet your adversary toe to toe? Or, do you invade in a vastly inferior position from the bottom up and slowly reform your adversary to your plan of domination, using time as an ancillary weapon, especially when you have time on your side in comparison to the very short lived adversary. One day your adversary looks up from its doingness and realizes they are not themselves, or their values, or their hearts. Too late. But, wouldn’t it also change the invader? Time and this planet have a way of bringing unity and homeostasis – unifying and balancing things. How do you fight that?

Well, you would create an invisible control web that begins to weaken the adversary like electricity. This could happen relatively fast because of their short life spans, while you gradually electrify the planet thus nullifying its unifying effect on you and the adversary. While it initially creates an easier, better life for your adversary, allowing greater freedom and creativity, extended life span and growth, in its entirety it mollifies, sedates and separates the population thus weakening them with the end goal of creating a planet of zombie slaves and, before they notice it and way past being able to fix it, Voila! Its done. You win without ever showing your presence or declaring war.

I recently listened to Catherine Austin Fitts 3rd Quarter review with guest Joseph Farrell and also Richard Dolan’s recent fireside chat (both require a membership fee) and what they have outlined, all three of them, is the nuts and bolts of the subsumption of the human race as I described above. The cash, the geopolitics, the science and academic shut down and the propaganda and out right disappearing of information from existence creating the slow warping of the values of the planet, the loss of the anchors of our values – the reminders like music, church, good relations, and their conversion into weaponized idealism to the point where they are unrecognizable.

Something broke the planet in the 60’s. I don’t know what, but 40 years later, because I am old, because I am frustrated from wanting to just live a reasonable life, because I remember ‘back in the olden days’… I have noticed. And maybe if I have noticed, I’m not wrong and I’m not insane but sometimes, I certainly wish I was.

I know, I am harping on a point and basically said the same thing yesterday… but…