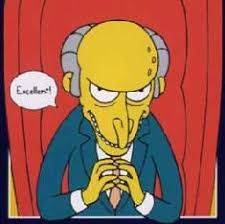 Nobody has EVER been able to “DEFINE” Who runs the “real” UFO’s.

UNTIL WE KNOW THE ABOVE DEFINITIONS:

There is no way to know where to point the defense to the ‘threat’.

There is no way to know the real agenda behind said threats.

There is no real way to understand the type of defense needed.

There is no way to know anything.

Just like Covid, people will react out of fear because certain groups with their own agendas will create another panic psy-op and the “herd” will run straight into the slaughter pen.

These same groups HAVE, however, been able to replicate the ET’s presumed effects in 3D. Then they have “used” those effects lately on the world stage to present “evidence” of threat. In other words they dazzle us with their tech to hide themselves and their agenda and what is really going on.

Imo: Covid might have been a test to see (on the psychological level – these are many layered ops) how well the panic response would work on a World-Wide level for control (to say nothing of the organism-genetic part of the Operation) because if They were going to run an even bigger World-Wide FAKE Invasion Operation, they needed efficiency numbers.

I had asked the question: How were Covid and the (Fake ET) questions and all the LARPS around it connected. DJ pointed out one politically relevant way. Which, IMO, The “Real” phenomena or ETs’ or ultra terrestrials (or who ever they really are  – we still don’t know and they really want us to believe they don’t either) are not it, because it would have happened almost 100 years ago.

(it being “invasion”) Which maybe it did when it was pointed out to the world powers at the time the consequences of exploding the first three atomic bombs in 1945. When the ET’s – the real ones – made their point to all the ‘nuclear-capable’ heads of state in the world at the time, and all those who came after in succession. And then they stood back.

Knowing the bomb was out of the question relegated it’s use to threat potential only. IMO, another way to cull the population was needed that didn’t use the creations of principled people to make their plans come true. So, the people who kill people spread the research so thin that accountability would become a moot point, just like they did the science in the black projects around recovered ET tech. They made the next weapon medical. They made it a choice. They then panicked the people so badly they willingly – willingly – took a lethal injection that would in one way or another kill them or limit their reproductive ability, efficiently getting the army to kill it’s self with no bloodshed and no ruin of land or property.

What we are seeing today as the current ET narrative is 100% concocted by these same world powers as just another control mechanism and in reality just another grand game, to bilk more money, blood sweat and tears out of the people of earth. And in one way, truly making us their source of cash and man-power: a commodity, to support whatever Their current agenda is. Whom ever ‘They” are.

If They could do this much damage with Covid imagine what they have planned with a Fake Alien Invasion – another unseen enemy with more lockdowns and loss of freedoms, not counting the loss of life, because there is always loss of life… yeah, just imagine…