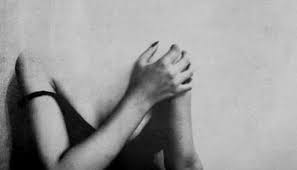 Like: Location, location, location… (I looked up the etymology and the definition has what might be the first indication of the idea of a standing wave in it…. subtle, but there)

Frequency is a note, a wave amplitude – size, which predicates its speed or space between the waves…

This is worth a reprint in the light of what everybody is now calling Trans-medium qualities, propulsion or ability. With a very slight, out of harmonic change of frequency, what’s the odds that something will not be perceived and become ‘invisible’? Or, that it would be able to move through various mediums without friction because it, it’s self, or a field of energy being generated around it was slightly off the harmonic it was surrounded by, or in? And how would this apply to ‘flying an ET ship’, telepathy and entanglement? To me, it all rolls back to frequency, regardless of which magnitude you look at.

We convert energy into reality.

We take all orders of magnitude and somehow in our body translate (assign meaning to) all the jiggling and make sense information of it. Then we take that information and do stuff with it – we make ideas about it, we have feelings about it, we create something with it.

We take/use energy and create reality with it.

I was recently shoved back into the 5G mess of information, so I began to try to see if I could understand the resonant frequencies of the smaller human structures, like DNA and cell walls, etc. (because, John Burroughs) I ran into the ‘Orders of Magnitude’ charts – which are basically big to small chart of all types of energy that we can measure, and it occurred to me that what I was looking at were frequencies stated in different octaves, layers and realms – dimensions. Or sheets if you like. In Harmonies.

Which, brought me back around to consciousness and perception – and you know I’ve done some thinking about that lately in my articles – because it would be nice to figure out the base quanta (not only frequency but which order to measure) of telepathy to understand entanglement. And well, I came to the conclusion that we see reality the way we do because we are at the most basic level, putting it together that way out of the frequencies that we do perceive, by giving it meaning and then codifying the information with symbols (converting it into another frequency) that can be shared amongst ourselves.

Everything is a frequency a vibration. We arise out of that soup, and we are all immersed in it. Telepathy must be some frequency range that is similar enough to all of us that we are all stewing in simultaneously. ( See Cliff High’s nanobots: the precog of the universal subconscious mind of man) Now, whether we are aware of this frequency is another thing. The potential for being aware of it is there within each of us because we are similar enough to have a harmonic resonance due to our structure. And, because the idea wouldn’t already exist in our frequency soup if it didn’t have a universal harmonic.

Which, of course, led me to this current “We-are-so-close to something breaking wide open.” thought that has energized the UFO/disclosure community recently and the tipping point theory. That’s the theory that says if you get enough people sharing a reality, or realization, then the mass of that energy will push the rest of humanity over into it and one day everybody will just be aware of an idea like it was theirs all alone for ever – they will not even remember how they learned it because it will seem like a piece of the fabric of reality. (which actually at that point it is, because the frequency of the idea has been added to the communal soup we all float in al la hundredth monkey theory)

So: this UFO/Disclosure paradigm that we are all playing with, IMO, IS the veil we are trying to push through. Therefore, we can’t really, really, discover what is going on until we can stand OUTSIDE that paradigm and see what it is. – Which may be hard, because it’s part of the frequency soup. (Uhm, somebody put it there, more like a lot of somebodies) However, because we have this feeling of expectancy about it I am more than willing to entertain that more than a few people have figured it out, or we wouldn’t feel the expectancy.

I also would be willing to bet its so far out of the norm, that the perception of it, like telepathy, may take some real practice and work, but is not impossible – or we wouldn’t be feeling it. Maybe it’s like riding a bike – weird to learn, but once you do you never forget.

However, perception implies an impingement upon the sensory capacities of the body. Perception is like noticing. So if you are noticing/perceiving something you aren’t actually touching, it would imply a certain level of entanglement of one or more energetic subsystem of the body. Those have electromagnetic resonances.

In physics, resonance is the tendency of a system to oscillate with greater amplitude at some frequencies than at others. Frequencies at which the response amplitude is a relative maximum are known as the system’s resonant frequencies, or resonance frequencies. At these frequencies, even small periodic driving forces can produce large amplitude oscillations, because the system stores vibrational energy.

Resonance occurs when a system is able to store and easily transfer energy between two or more different storage modes (such as kinetic energy and potential energy in the case of a pendulum). However, there are some losses from cycle to cycle, called damping. When damping is small, the resonant frequency is approximately equal to the natural frequency of the system, which is a frequency of unforced vibrations. Some systems have multiple, distinct, resonant frequencies.

By studying the way that waves interact with other waves, researchers have found that even low-powered oscillations can have enormous effects on standing waves, physical structures, and even the human brain. The principle which describes this particular wavelength interaction is known as resonance.

When you resonate with something, you are emitting a wave signature which is “in sync” with it. By applying a constant resonant frequency to a standing wave, you can intensify, reinforce, and prolong the standing frequency of that wave. Researchers posit that by applying these concepts of resonance to waves emitted by the brain, it is possible to induce altered brain states.

So what is actually entangling are wave frequencies. That would, IMO, mean perception IS conscious entanglement.

Which sent me to this gem: Biocentrism Theory

Biocentrism was first proposed in a 2007 article by Robert Lanza that appeared in “The American Scholar,” where the goal was to show how biology could build upon quantum physics. Two years later, Lanza published a book with astronomer and author Bob Berman entitled “Biocentrism: How Life and Consciousness Are the Keys to Understanding the True Nature of the Universe”, which expanded upon the ideas that Lanza wrote about in his essay for the “Scholar”.

Biocentrism argues that the primacy of consciousness features in the work of René Descartes, Immanuel Kant, Gottfried Leibniz, George Berkeley, Arthur Schopenhauer, and Henri Bergson. He sees this as supporting the central claim that what we call space and time are forms of animal sense perception, rather than external physical objects.

Robert Lanza argues that biocentrism offers insight into several major puzzles of science, including Heisenberg’s uncertainty principle, the double-slit experiment, and the fine tuning of the forces, constants, and laws that shape the universe as we perceive it. According to Robert Lanza and Bob Berman, “biocentrism offers a more promising way to bring together all of physics, as scientists have been trying to do since Einstein’s unsuccessful unified field theories of eight decades ago.”

The first principle of biocentrism is based on the premise that what we observe is dependent on the observer, and says that what we perceive as reality is “a process that involves our consciousness.”

The second and third principles state that “our external and internal perceptions are intertwined” and that the behavior of particles “is inextricably linked to the presence of an observer,” respectively.

The fourth principle suggests that consciousness must exist and that without it “matter dwells in an undetermined state of probability.”

The sixth and seventh principles state that space and time are not objects or things, but rather tools of our animal understanding. Lanza says that we carry space and time around with us “like turtles with shells.”

Robert Lanza claims that biological observers actually create the arrow of time. In his papers on relativity (also published in Annalen der Physik), Einstein showed that time was relative to the observer; in their paper, Podolskiy and Lanza argue that quantum gravitational decoherence is too ineffective to guarantee the emergence of the arrow of time and the “quantum-to-classical” transition to happen at scales of physical interest. They argue that the emergence of the arrow of time is directly related to the way biological observers with memory functions process and remember information. They cite Robert Lanza’s American Scholar paper on biocentrism, stating that the “brainless” observer does not experience time and/or decoherence of any degrees of freedom.   From <http://www.robertlanzabiocentrism.com/biocentrism-wikipedia/>

When a property of an electron suddenly switches from possibility to reality, some physicists say its wave function has collapsed.

What accomplishes this collapse? Messing with it. Hitting it with a bit of light in order to take its picture. Just looking at it does the job. Experiments suggest that mere knowledge in the experimenter’s mind is sufficient to collapse a wave function and convert possibility to reality.    From <http://discovermagazine.com/2009/may/01-the-biocentric-universe-life-creates-time-space-cosmos>

But then I got frustrated and realized it is simpler. I just want to ‘feel’ my way through my own psyche in a less left brain, more right brain way because then I will get it really, instead of giving my left brain indigestion… I wanted to give my right brain wings.

So, IMO, the only way to know the taste of a hamburger is eat a hamburger. It’s impossible to describe to someone without any referents. And here we are struggling to understand things in different orders of magnitude from our own experience, and not realizing that to simply detune a thing with an energetic shield makes it…vanish. What is it they say about 6 degrees of separation?