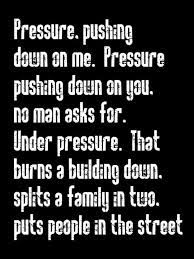 Since the conference with Danny Sheehan and Mark Sims, inevitably what began coming up in the conversation, was the current discrepancy between what we know and what we can prove we know. We struggle with the current myth (yes I say myth because a myth is an inner story shared among people) that channeling or downloads are valid information. Generally, this type of information has to go through the filter of one person. Even if 20 people in each others company had the exact same experience and shared it together, there would not be just one interpretation, there would be 20. Better yet 20 people sitting in a class room taking notes on an information session (lecture) will NOT have the same notes, interpretation or understanding from the shared experience of the lecture.

Even in trying to assess the motives or agenda of another person without speaking to that person leads to only your interpretation of them, much less an alien mind or off world interpretation of behaviour – that’s assuming you’ve made the right assumptions. That begins to get really messy…

The only way you can assess the validity of an assumption is after the fact.

So you begin to collect trends in behaviors and actions and letting that build a pattern for you. From an observable pattern you then have a basis to make an educated guess. Cliff High does an interesting job of this in his current video, ‘WAITER, THERE IS A BUG IN MY WOO’. He uses the word BUG in a wise way to mean alien, off world and very different from human mammals. He brings this point home when he talks about human physiology and the vagus nerve involvement with emotion, and how emotion has shaped our most human traits, values and ethics.

So does Richard Dolan in his latest two member pod casts. He basically says the same thing as Cliff, using different language, and asks how an energy being feels love or procreates, making the point that the more involved the parenting unit is with its progeny, the more like us it might be.

And I must point to Courtney Brown’s four videos called ‘Reflections’ because he is a world renowned RVer and has been very accurate throughout his history of sharing this information with the public. In these four videos all based on his team’s remote viewings over years of time, it is obvious that the relevance of this discussion heads in the same direction.

So, the ‘BUG’ could be an AI, an ET invasion, a centuries old method of control on the planet or even an actual bug species or something that doesn’t have a myelinated nervous system, or pure energy. (Maybe not as overtly as the TV series from 2018 called Brain Dead – but you get the picture)

Cliff then talks about control of society using tyranny as a top down pressure, the BUG pressuring TPTB, the elite, Mr. Global, et al, who then create systems and institutions to put pressure on the masses and control them. (For a more in depth analysis of this watch: ‘WAITER, THERE IS A BUG IN MY WOO’ ) Its very thought provoking.

Top down control.  Interestingly, this control has shifted out of the institutions and into informational control (censorship) which requires, IMO, the clotshot nano army inside of us to complete the information cycle. All to hide the obviousness of the BUG.

If they think we are too violent, then they are afraid of us.

So, in the codons of ancient wisdom: As above, so below, as below, so above.

There will always be evolutionary pressure on every manifest thing, always, because change is life and life is motion. So if the BUG is a force (good or bad) the force is either movement or potential to move, then, IE: it must be under its own evolutionary pressure. So,

WHO PRESSURES THE BUG? If we could discern even 1% of that answer it would open up our understanding immensely.

As Above, So Below – As below, So Above.

Pressure pushing down on me

Pressing down on you no man ask for

Under pressure that brings a building down

Splits a family in two

It’s the terror of knowing

What the world is about

Screaming Let me out

Pray tomorrow gets me higher

Pressure on people people on streets

Chippin’ around kick my brains around the floor

These are the days it never rains but it pours

Ee do ba be

It’s the terror of knowing

What this world is about

Screaming let me out

Pressure on people people on streets

Turned away from it all like a blind man

Sat on a fence but it don’t work

Can’t we give ourselves one more chance

Why can’t we give love that one more chance

‘Cause love’s such an old fashioned word

And love dares you to care for

The people on the (people on streets) edge of the night

This is our last dance