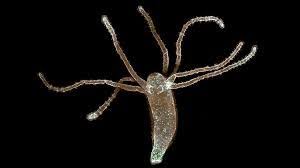 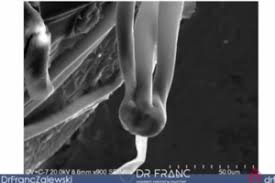 So, this Dr. Zalewksi thinks he found an aluminum-lifeform in the Pfizer bottles or, in his words, ‘egg form’, that then uses the aluminum already in our bodies from years of chemtrails to hatch and ‘grow’. Dr. Zalewksi Finds Another Life Form In Vax Vials. https://www.bitchute.com/video/eOLfW17dSeBI/

I’m not quite sure what to think… but it would correlate to others who have had psychic and RV data of octopus like archontic creatures invading their etheric bodies. Not saying who they are…

Aluminum is an adjuvant in vaxxes of all sorts – not just the current shitshots. Dr. Kerry Madej also found it in her analysis of the bottles she examined. Dr. Young’s spectrum analysis of all 4 kinds of vaxes also show aluminum. https://www.drrobertyoung.com/post/transmission-electron-microscopy-reveals-graphene-oxide-in-cov-19-vaccines

Dr. Kerry Madej also found from under the edge of a cover slip on one of her slides a multi tentacled moving item that appeared to be alive when nothing but drops from the vial were added to the slide plus time spent under the white light for Bright Field examination.  Dr. Kerry Madej: https://www.bitchute.com/video/F3Lnhv8riSgl/  BitChute Source https://rumble.com/vn7gur-critically-thinking-with-dr.-t-and-dr.-p-episode-64-spec-guests-dr.-m-and-d.h

Those seem to be what is called an immortal hydra:

Who wants to live forever? A tiny freshwater creature called the hydra can, and scientists at the University of California have revealed the source of its remarkable healing ability.

The hydra is named after the serpent monster from Greek myth, which regrows two heads each time one is cut off. But freshwater hydras have an even more impressive regenerating ability: an entire hydra can regrow from a small piece of tissue in only a few days.  https://www.sciencefocus.com/news/secret-of-the-immortal-hydras-regenerating-ability-uncovered/

It is no wonder that Ivermectin and Hydroxychloroquine – being both anti-parasitical in nature – work because the same mechanism to kill the parasite by changing its cell membrane charge and thus its permissivity, is used for blocking virii from getting through cell membranes.

Dr. Zandre Botha found round interlinked disks in her brightfield examination of the J&J vax that look like nonorganic manufactured systems with interlocking clamps to the disks beside each other.

About cell membrane permissivity, this is all negative and positive charge related. Just like ion mediated channels in the cell wall that allow or disallow ions through – in or out – of the cell wall. It’s all done with charge. Well, charge can be mediated by an electromagnetic field because charge is electric… anything with a chip in it, your phone, toaster, car, TV, refrigerator, washer, drier, – including the now vaxxed people – all have chips in them.

Point mine – pure off then end of the twig floatin’ in the wind imagination:

So if that aluminum life form also has a nano chip in it, because graphene oxide wasfound along with nano looking chips in the same vials as the tentacled microscopic life forms and if it was instructed to grow a network throughout the body, it could be receptive to being, shall we say, instructed by almost any device you are near. Just think, you have worms all throughout your body that are controllable. An invasion of low level life forms in the body to ‘grow’ a network that could be controlled with nano chips that are incorporated into the metallic life forms… worms. UGH!

(In a Zombie Nightmare Apocalypse there would be no need for the flesh after the network was fully grown and it would fall off in clumps leaving only the aluminum network behind…. What the mind conjures up… whoa. There’s more I could put in here like alien AI’s and just plain old aliens and such – but not today.)