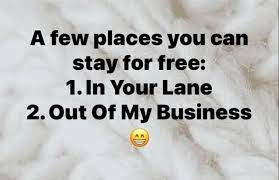 Me, like some others, are asking how all the current distractions are linked.

Looming (but fake ) loss of resources

I’ve come to the conclusion that it may not matter so long as you pick one and stay in your lane – don’t disrupt others’ rabbit holes and don’t go visiting them. Because we wouldn’t want to be able to connect the dots, not now when they almost have us all caged up. Heavens forbid that we look outside our own very little paradigms and put two and two together.

And believe me, there is enough in each category to blast your world because conspiracies are no longer conspiracy. There is enough information in each of the above categories to PROVE every label of conspiracy as truth now. But just like the shots to some, there is NO amount of evidence that proves to someone something they don’t want to see.

But for those of us who like to go hopping rabbit warrens, the evidence is so overwhelming that it’s a wonder we aren’t all crushed under the weight of it. Well, some of us are. Some of us refuse to run after those running into a burning building to save them. You gotta let them choose to burn. …You can lead a horse to water… etc.

On a daily basis I question if my own paradigm is open enough, ask my self what I am missing, how could I be being duped. I’ve developed paranoia – well placed, self protective paranoia, but paranoia none the less. So, in a way, I am not unaffected and for sure that is slanting my ability to discern the real facts.

I usually pare it back to the bare necessities, like, daily maintenance, cleaning, feeding people, grocery shopping, dishes, laundry, etc., and in a while I feel better.

This is a situation of information overload, of fear created by ideas – mostly. But its when those ideas turn into real world harm that we need to mobilize to make sure our right to be a normal person, going about normal business stays intact.

But still, it all begins with an idea, information however wrong or, real and true, that was acted upon.

People claiming the right to act upon you for their own ideas and wishes, for what ever reason with free reign, seems to be part of the problem.  Well, I claim myself. I also believe in letting others go do what others will do, so long as you leave me and mine alone. Others can go live down what ever rabbit hole they choose – because free will. I’ll leave you to yours, you leave me to mine. (and I am talking about people who know enough not to commit a crime etc.)

This idea gets stepped on every time we have a problem of world fear, when we believe the actions of others will hurt us. Even if its just a small world – like a country – fearful of losing their way of life for what ever reason. Recently the ‘Theys’ have turned this whole mess into a global one – not just a local world one. There has to be a reason why they want global mass hysteria – why they have instituted global mass depopulation, and global lockdown. Its more than a pandemic, its more than what Klaus Stupid wants, it’s more than climate change, it is, in fact, more than anything you can pinpoint. Those are all just tools – not the issue. (and no, its NOT aliens)

What is bigger than global? We are all missing the point and I can’t expand my measly little mind big enough to conceive of it – that’s why I’ve been so silent. I’m stopped dead in my tracks here. Maybe somebody out there can figure it out?

Until then, facetiously, stay safe in your lane, don’t go jumping rabbit holes and put nothing past anyone. (paranoia anyone?)