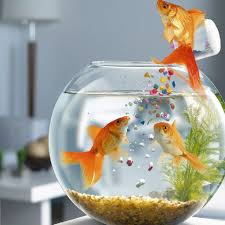 What is other? Other than… ? Other than me? On this planet it seems that we must break things apart into components and yet smaller and smaller bits to understand them until nothing exists and we are confronted by a homogenous sea of…what? Energy. No matter left.  And really when you look at it, it doesn’t matter…

We on earth operate at our skin. If it isn’t part of what’s inside our skin, then, it’s other. Therefore that tree over there isn’t me, nor is the dog at my feet, or cell poop I breathe out (coVid et all), or the ET standing behind me just out of range of the teensy-tiny electromagnetic range that my skin can perceive. It seems we are the only ones who are that blind. Not only can our pets see beyond this marker, but every type of life an the planet can – but us. I basically think it’s because of all the programming. But that’s just me.

However, if we are going to join the wider community that exists off planet, including just the ones who go off planet and come back, we need to open that little lock (purposefully put there) on our perceptions and begin to ask the basic questions that will broaden our perceptions and thereby unlock us. Simply asking the question will begin the process.

The nexus between quantum science and consciousness, which IMO are just the same thing in different levels of understanding, is where most all things become apparent. It doesn’t matter which end you start from either – they both lead to each other and create a new reality when they touch. We are all becoming aware of this on some level because it’s emerging from the collective unconscious of the world. Which means, we already understand it – we just have to admit that we do.

Which leads me back to ‘The Other’. When you get to the nexus between consciousness and quantum sooner or later you realize there is NO ‘other’. Even if its only in theory. Which would worry a lot of people because of the fear of loosing….the ‘me’. But just like goldfish swimming in a bowl, they are all connected and yet discrete, you know this because you can see the fish. But do the fish know there is an entire world outside their bowl? Bet not.

We all exist as a quanta of energy wearing a meat suit – which also has it’s own intelligence, but we call it ‘me’, as in part of our distinct self, without realizing we are already a ‘we’. But does it threaten our sense of self – who we call me? No. It does not. The body is so much a part of our ‘me’ that we recreate it in our dream lives where we are not really using it, because it’s back resting in bed…

So just as the goldfish in that bowl, were we to entertain the idea that there is an entire panoply of wonderous things just beyond the glass and we simply need to consider the idea that it’s really not other, that we are swimming in a much larger, wider field of energies – that if we chose to we could perceive – then a whole new universe of wonder would open up to us. We don’t stop at our skin, but that doesn’t dissolve the me inside, it only opens the door to paradise. Finding all the variations of how life lives is a joy. Me thinks the universe was created for that purpose.